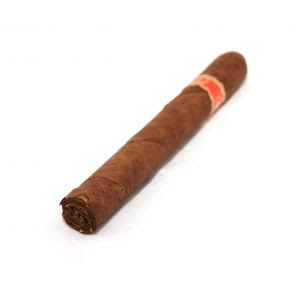 Sometimes certain passages in a book remind me of a good old, fat, hand-rolled Cuban cigar. Before I carry on, though, a small disclaimer. This post is not product-placement for any company nor an endorsement of smoking. Smoking kills and I have no intention whatsoever of picking up that habit in the next two-hundred years. What this post is about is the process. That process that turns a green tobacco leaf into a world-class cigar and how, in my opinion, it can be compared with the similar method whereby a bunch of words can be transformed into a well-written scene.

But what have cigars got to do with writing, I hear you ask? In order to answer that question I need to give you some background information on work experience in Cuba and how it functioned when I was a teenager. From the age of twelve at secondary school we were supposed to go to work on the countryside for approximately forty-five days between January and February every year. This was usually called escuela al campo (countryside school). The aim was a noble one: to instill the spirit of collectivism in us and to bring us closer to the soil, source of our nourishment. The reality, however, was completely different and rather prosaic. The only activities we were interested in were the three 'Ls' (especially if you were in your mid-to-late teens): getting lagered, laid and lazy. I missed the first four years of my escuela al campo through illness but eventually I joined the ranks of hormonal adolescents looking to escape parental control through the usual mix of booze and sex.

I was sixteen and in college (high school in the US and other countries) when one cold morning my peers and I alighted in Pinar del Río, Cuba's westernmost province. The job we were given, as befit this region, was in the tobacco fields. The tasks were various: collecting the leaves, sewing them and curing them. The head of my brigade happened to be a close friend of mine, and that was reason enough for me to skive my way through the whole stay. Days were spent swimming in a nearby river or going for long walks with a bunch of fellow slackers. It was with them that I learnt about the process of rolling a cigar.

Just in case you think that you can grab a few tobacco leaves and mould them into one of those famous Montecristos or Partagás made famous by Hollywood movies, please, take some time to reconsider your decision. You might be in for a nasty surprise. First of all, tobacco leaves are cured indoors, in special huts or cottages, hence the sewing. They are, first of all, threaded together in a line and put on long poles. The sticks are then placed inside the hut with the greener leaves at the bottom and the more 'mature' ones at the top. Try smoking the uncured leaves and you risk poisoning yourself (pesticides were still in use around those years, I don't know now). But if you attempt to take the leaves at the top you're also taking a gamble; tobacco huts are very tall (think of a three or four-storey building) and if you slip off a pole you might fall to your death, as it, sadly, happened to a couple of youngsters from another college at the time I was doing my work experience.

My friends took a chance on the green leaves and used to sit outside the cabins or in the middle of the fields (anywhere was fine as long as you were out of the teachers' sight) rolling their future cigars whilst chewing the fat. I observed them many a time and always marvelled at their ability to wrap the thin tobacco leaves without losing the thread of our conversation. The ultimate goal, however, was to lie back and enjoy the fruit of their - unofficial - labour. Puff after puff delivered a certain drunkenness and stupor that enveloped them like a thick cloud. Some of the more inane and yet deep colloquies I've had in my life took place during these dopey sessions. But, as I mentioned before, it was the process of 'rolling up' that I really paid attention to.

It's the same with some scenes in certain novels. Especially those passages of a descriptive nature. I find the same care and concentration on minutest details. It feels as if the author is carving out a wooden sculpture with his or her bare hands, moulding the words to suit their taste. 'Rolling up', you could call it. By way of explanation, I will give you an example that appears in the book that's kept my mind busy for the last few weeks, "Uncle Tom's Cabin". This scene appears in Chapter XI, Volume I, 'In which property gets into an improper state of mind'. It is the prelude to George's debate with Mr Wilson, his former employer. The passage takes place in a B&B or hostal where slave-traders mix with merchants and farmers. I love the way Harriet Beecher Stowe sets the tone for the events that are about to unfold:

"In fact, everybody in the room bore on his head this characteristic emblem of man's sovereignty; whether it were felt hat, palm-leaf, greasy beaver, or fine new chapeau, there it reposed with true republican independence. In truth, it appeared to be the characteristic mark of every indivdual. Some wore them tipped rakishly to one side - these were your men of humor, jolly, free-and-easy dogs; some had them jammed independently down over their noses - these were your hard characters, thorough men, who, when they wore their hats, wanted to wear them, and to wear them just as they had a mind to; there were those who had them set far over back - wide, awake men, who wanted to a clear prospect; while careless men, who did not know, or care, how their hats sat, had them shaking about in all directions. The various hats, in fact, were quite a Shakespearean tragedy."

A passage that could otherwise be thought inconsenquential ends up being essential, in my opinion. First of all, there're the humorous observations about how folks in this neck of the woods wear their hats. The language is simple but full of details. The description smells as fresh as the morning dew-perfumed bottom three leaves of the tobacco plant, the ones you pick up first. Secondly, there're the psychological remarks: "there were those who had them set far over back - wide, awake men, who wanted to a clear prospect; while careless men, who did not know, or care, how their hats sat, had them shaking about in all directions." That reminded me of my friends' assessment of their 'roll-ups' after lighting them. Not that they cared that much, the intention always being getting high. Last, but not least, there's that reference to Shakespeare, a little nod that caught me unawares the first time I read the novel and which I enjoyed even more the second time around. You would never try to link the hats donned by a room full of men, mostly slave-traders, to "the Bard of Avon", but somehow the passage pulls it off beautifully. In pretty much the same way, my friends were able to converse about disparate subjects without a care in the world. What to an outsider was mostly gobbledegook, to us it made perfect sense. I forgot to mention that as the only person who didn't smoke in the group, I had the most fun.

I believe that there are many more examples of scenes in both fiction and non-fiction that could be compared with the simple and creative art of hand-rolling a Cuban cigar. And if that sounds like free advertising for you to go away now and light up, I don't care, suit yourself. Though not a smoker myself, I know what kind of 'roll-up' I will be sitting down to enjoy tonight. Here's a clue: it has words and pages.