What Makes A Good Writer? By Zadie Smith (3rd Part)

And we continue with our fifteen-part series written by the British author Zadie Smith on what makes writing so special. Click here for the first part and here for the second one.

First things first: writers do not have perfect or even superior knowledge about the quality or otherwise of their own work - God knows, most writers are quite deluded about the nature of their own talent. But writers do have a different kind of knowledge than either professors or critics. Occasionally it's worth listening to. The insight of the practitioner is, for better or worse, unique. 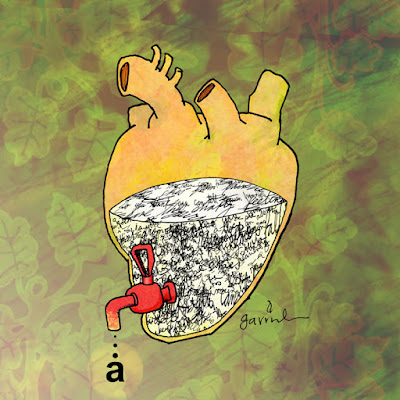 It's what you find in the criticism of Virginia Woolf, of Iris Murdoch, of Roland Barthes. What unites those very different critics is the confidence with which they made the connection between personality and prose. To be clear: theirs was neither strictly biographical criticism nor prescriptively moral criticism, and nothing they
wrote was reducible to the childish formulations "only good men write good books" or "one must know a man's life to understand his work". But neither did they think of a writer's personality as an irrelevance. They understood style precisely as an expression of personality, in its widest sense. A writer's personality is his manner of being in the world: his writing style is the unavoidable trace of that manner.

When you understand style in these terms, you don't think of it as merely a matter of fanciful syntax, or as the flamboyant icing atop a plain literary cake, nor as the uncontrollable result of some mysterious velocity coiled within language itself. Rather, you see style as a personal necessity, as the only possible expression of a particular human consciousness. Style is a writer's way of telling the truth. Literary success or failure, by this measure, depends not only on the refinement of words on a page, but in the refinement of a consciousness, what Aristotle called the education of the emotions.