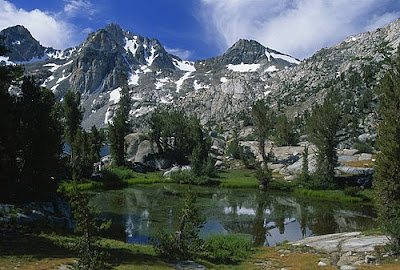 - Is there a war in Spain?
I chuckled. It was Daughter who had asked the question. And she could have been forgiven for thinking that a conflict had just broken out in the European nation. I was talking to Son, Wife and Daughter about the recent rivalry between activist groups in support of the Spanish language and a minuscule bevy of regionalists bent on using la lengua as a political weapon.
The issue seems to come from the promotion of autonomous tongues since Franco's death in 1975. Now it appears that what at first looked like a good idea, the proliferation of Spain's other 'official' languages, will end up being a case of Brutus (autonomous lingoes) to Spanish language Caesar, the default lingua franca of roughly 330 million speakers worldwide.
Son was amused at the idea that one day we might go to Spain and not understand what is being said to us (Spanishless Spain anyone?). We usually travel to Granada, Andalucía, and many people there speak Catalán as they travel down from nearby Barcelona. That would not be the first time, though. In 1998 Wife, Son and I (Daughter had not been born yet) went to the Basque Country. We had a lovely stay in a friend's house and I found Basque people ever so warm and friendly (especially on learning I was Cuban) but when it came to some of the street signs, conversations I overheard onthe street and some television channels, I must admit I was floored. The Basque language looks and sounds like no other. And after the repression led by Franco that all but annihilated autonomous tongues in Spain, I guess some people feel it's payback time. The question is, who benefits from the disappearance of Spanish as the language we, Spanish speakers the world over, recognise and communicate in? And will the language evolve to include words from Spanish into these three 'official' languages and viceversa?
In principle I ought to be in agreement with the existence of bilingual schools in the Basque Country, for instance. I insist on speaking Spanish at home, I support bilingualism (or multilingualism), no matter whether the second lengua is a modern language or not, I disagreed vehemently with the elimination of compulsory teaching of foreign languages at secondary level in schools in Britain. Yet, what makes me a little wary of this whole brouhaha is the fact that one or two, or even three languages could attempt to wrest linguistic control from the Spanish education system, thus, alienating not only the natives in the madre patria, but also the Spanish-speaking community abroad.
I hope that neither Son, nor Daughter, nor Wife, nor I have to attend a crash-course on Euskeda or Catalán before we head off to the mountains of Sierra Nevada next time we travel to Spain.
So, a lo cortico, Spanishless Spain anyone?
Copyright 2008
Posted by A Cuban In London at 19:00