It seems that the Hollywood onslaught on forty- and fifty-somethings continues apace. For some time now big studio moguls have realised that the best way to make us, parents and carers, get out of bed to take our little ones to that Saturday morning show or that Sunday matinee slot is to include a few references to earlier - and probably better - cinematographic times. The two biggest winners at last week's Oscar ceremony were The Artist and Hugo, the former a tribute to the silent era of cinema (true, that could well be aimed at ninety-somethings, but then, my generation in Cuba grew up to the sight of La Comedia Silente with the excellent Armando Calderón on telly every Sunday doing all the voices and sound effects of classic silent flicks) and the latter about the magic of cinemascope.

To which we could add the latest incarnation of The Muppets.

It's hard for me to select my favourite Muppet character. Was it the drumming machine, Animal? Or hapless Kermit the frog? Or saucy - but control-freak - Miss Piggy? Despite the fact that they were dubbed in Spanish and the voices didn't always match the characters' personalities (a fact I found out much later, to my chagrin, when I came across the original programmes during my uni days) I fell for the charm of this facetious pastiche of famous songs and artists.

But the Mariel boatlift happened and a blackout on most things in English took place in Cuba. For a couple of years, from 1980 to 1982, I don't recall watching too many shows, cartoons or movies in the Germanic language. They weren't totally eliminated from our tellies; they were just replaced mostly by imports from the old socialist bloc. So, instead of Huckleberry Hound and Yogi Bear, we had the Bolshevik Tio Stiopa (Uncle Stiopa), a tall and strong police officer who stood up for the weak and punished the bullies. Lolek and Bolek arrived from Poland about the same time as Statler and Waldorf abandoned their critics' box. 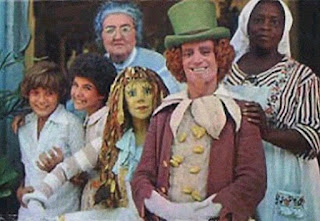 But imports not only came from European countries where socialism had been imposed by pro-Stalin regimes. We also had programmes from Latin America and there's one from Brazil I remember very fondly. Its name was The Ranch of the Yellow Bird (I'm doing a literal translation). In Portuguese it was simple called Sitio do Picapau Amarelo.

Whereas the Muppets' brand of humour was on the euphemistic side (possibly, although I might be wrong, because of a certain British influence as the show was produced in the UK. Please, correct me if I'm wrong) Sitio do Picapau Amarelo oozed innocence through its every pore. Its stories were based on Brazil's rich folklore, the characters reflected that South American nation's diverse ethnic make-up - a factor that is often overlooked when analysing racial relationships in the different countries that form the Latin Diaspora - and each tale had a moral attached to it. For a nine- or ten-eleven-year, who was light-years away from the world of adult cynicism, characters such as Zé Carneiro, Emília and Narizinho were as fun as, or probably more enjoyable than the anarchic authors of the Mahna Mahna song. Whilst later on in life I became fond of the music by the likes of Elton John, Stevie Wonder and Queen, at the beginning of the 80s, the soundtrack to my childhood was the theme song of Sitio do Picapau Amarelo, composed by Gilberto Gil, who would later become Brazil's minister of culture during Luiz Inácio Lula da Silva's presidency in the noughties.

Do they make them like that anymore? I mean, do they make programmes like The Muppets Show and The Ranch of the Yellow Bird? The former treated its child audience like people. It never, in my opinion, patronised them or talked down to them. It was intellectual, without being over the top, fun without being stupid and culturally challenging without dumbing down. The latter, on the other hand, was didactic without being preachy and balanced without being bland. Its remit went beyond the natural geographical borders of Brazil, and yet it was Brazilian through and through.

I will definitely be going to the cinema to watch The Muppets film with my children. And I know that when I sit there in the dark room, watching Miss Piggy chasing after Kermit the frog, a cracked voice undulating between a high and a low pitch, will be ringing in my ears, that of Zé Carneiro and his friends, mucking about in the Ranch of the Yellow, or as they called it in Brazil, Sitio do Picapau Amarelo. 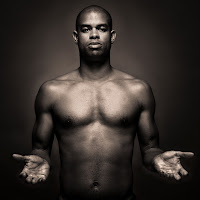 Talking of music, last time an artist bared his torso on an album cover was D’Angelo with his sophomore record “Voodoo” as far back as 2000. Bearing in mind the turn his music career took thereafter, let’s hope it's not the same fate that awaits Cuban pianist virtuoso Roberto Fonseca because he’s just produced the most mature record of his short, but prolific musical career.

“Yo” (“Me” in Spanish) finds the Cuban maverick extending his remit beyond the natural borders of Afro-Cuban jazz and straying into the realm of traditional African melodies. The album’s opener “80’s” kicks off with an up-tempo piano riff supported by drum and guitar that will make the listener sway from side to side. This track is followed by the mellower “Bibisa” with guest singer Fatoumata Diawara, fresh from her own success with her debut album “Fatou”. A mid-song kora-piano dialogue adds to the beauty of this track. Things can only look up from there, and they do, indeed, as evidenced on “7 Rayos” (“7 Rays”), a percussion- and piano-driven melody that samples the voice of Cuba’s National Poet and one of the pillars of Afro-Cuban culture, the late Nicolas Guillén.

Whereas up to now Fonseca’s work has mainly drawn from his Afro-Cuban roots (for instance, “Kowo Kowo” from his second album “No Limit”) and a degree of experimentation that's led him to collaborate with people like Brazilian producer Ale Siqueira (on the LP “Zamazu”, for example); with “Yo”, the Cuban pianist has made a record that’s set the tone for the future of Cuban jazz.

Roberto Fonseca will be playing at The Barbican on Monday 26th March. You can buy tickets by clicking on the link below:

Disclosure: I got sent the album "Yo" to review by Serious, one of the UK's leading producers and curators of live jazz, international and new music. Serious produces events from major concerts, festivals, national and international tours through to learning and participation programmes, artist development initiatives, conferences and specially commissioned bespoke events. Visit their website at www.serious.org.uk  for more info.


Next Post: “Living in a Bilingual World”, to be published on Wednesday 7th March at 11:59pm (GMT)

Labels: A Cuban In London, Cubans in London, music, Roberto Fonseca, Sitio do Picapau Amarelo, The Muppets, Yo, Zé Carneiro