In Cuba we used to call her "La Dama de Hierro" and not precisely because of a particular leaning towards watercress and its benefits. The English "th" sound of her surname was pronounced as a Spanish "t". Aged ten or eleven, I remember being given a badge that read "Las Malvinas son Argentinas". At the time I didn't know that Las Malvinas were a group of islands off the coast of Argentina, nor that the English translation was Falklands. And stories abounded - apocryphal, probably - that she urinated whilst standing.

It's hard to find a more polarising historical and political figure than Margaret Thatcher in recent times. The middle ground is usually vacated when previous cabinet members, union leaders and analysts sit down to talk about her legacy. The Marmite effect could well be applied to this grocer's daughter who rose through the ranks of the Conservative party to become Britain's first female Prime Minister. You either love her or hate her.

It would be hypocritical of me, however, to say that she awakens those same kinds of sentiments in me. I was eight when she came to power and nineteen when she resigned. Her name and role were as alien to me during my childhood and adolescence as freedom of speech was in 1980s Cuba. Fidel didn't like her for obvious reasons: Maggie was a close ally of Ronald Reagan, the actor-turned-president who, according to Gil Scott-Heron's song "B" Movie, 'acted like an actor...Hollyweird' and tightened the screws on the economic embargo against Cuba during his administration. 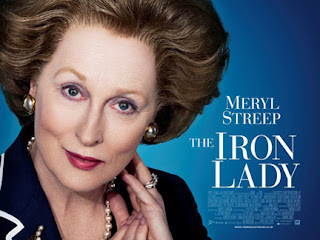 But now, The Iron Lady is back in fashion, courtesy of Meryl Streep, who gives a tour de force in a film based on Thatcher's twilight years, more specifically her battle with dementia.
To an outsider like me, this fixation with the former PM is both fascinating and frustrating. The former, because it's one of those rare moments when the famous British upper lip disappears, only to be replaced by a passion hard to match. The latter because, argumentative as I can be sometimes, I have hardly any grounds to debate her premiership or her legacy. All I'm left with is the immigrant's perennial companion: the "what ifs". So, today, this will be a "what if" column.


In my time in the UK, I have met people who have either praised Thatcher for the direct benefit her policies brought them, or slagged her off for the havoc she allegedly wreaked. The first group is usually made up of rightwing politicians, businesspeople who took advantage of Thatcher's deregulation of the economy in the 80s and landlords who started their lives as working-class, council house dwellers but who managed to buy their own property after Thatcher relaxed the rules on social housing. I sometimes wonder whether, had I been born in 1961 instead of '71, I would have reaped the same rewards for becoming one of Britain's many entrepeneurs at the time. This idea is often offset against what I've learned from people living at the time in what they describe as a very volatile atmosphere full of riots and strikes.

The second group, those who criticise Thatcher, is composed for the most part of union leaders, public sector workers, left-leaning intellectuals and feminists. Given my political views, it's the sector of British society with which I feel more attuned. Would I have found the same common ground with them back in the 80s? I don't know, possibly. But then, again, possibly not.

There is, however, a third group that could be seen as a spin-off from the second one to which I referred above. It consists mainly of women who are not afraid of using the "f" word to explain their philosophy and creed : feminism. To them, Mrs T represented the ultimate betrayal of the principles of feminism.

Several questions arise from this attitude, though: are there any grounds for considering Margaret Thatcher a feminist? Did she ever ask to be addressed as one? Could she, perhaps, have been an unintentional one? If no to the previous three questions, why the fixation with Mrs T's lack of feminist credentials when she didn't run (and this, I know for sure) on a feminist ticket during the 1979 general election (or any election thereafter)?

The answers don't come easily. Yet, even the most hardcore Thatcher critic must acknowledge that by breaking through the political, gender and class glass ceiling she, unwittingly, paved the way for other women to, if not join the political arena, at least try to see female success in politics as an achievable goal.

On the economy, one of Thatcher's most contentious areas, she even clashed with her own party over certain policies whose aim was supposedly to level the playing field for the less well-off. I mentioned council tenants before. By being allowed to buy their own property they were also creating wealth. This had two effects: one was the emergence of a new middle-class and the other the privatisation of accommodation that had hitherto been government-run. The former didn't please the politicians occupying the upper echelons of the Conservative Party, especially the old fogeys who wanted to keep the status quo the way it had always been and who were not interested in consorting with people who until then had been seen as nothing more than plebs. The latter element widened the gap between rich and poor and had a knock-on effect on the UK property market in years to come. Still, I imagine that if I'd been a council tenant in the early 80s with enough cash to buy my own house, I would have probably taken a dim view of the criticism heaped on the person making my purchase possible.

This is one of the reasons why I think it's mistaken to lambast Maggie for her lack of feminist credentials. I don't think she ever set out to have any. It's a similar situation to what we've seen with Obama and issues affecting African-Americans. Narrow down your policies to just address problems within your own gender or ethnic group and you won't make it past the primaries.

There's been, however, an ironic twist of fate of late. Currently a group of female Tory MPs are trying to adopt the "f" word as part of their political raison d'être. All of a sudden what drives Louise Mensch, Theresa May et al is the need to tackle gender inequality. A laudable position indeed, until you scratch the surface and realise that their agenda is led by a firm belief that the free market is and will always be the great economic leveller. And yet, it was the unchallenged power of the free market that's took us down the path of financial crisis in 2008. Which culminated with Labour out of office, a coalition moving into Number 10 and the worst cuts ever to sweep through the public, statutory and voluntary sectors in living memory. And the most affected section of society? Women.

There is, I'm sure, much to complain about Margaret Thatcher's time in office. There was, as I understand, a lot of unemployment and social unrest throughout most of her premiership. Her Friedmanite approach to the economy, pioneered by her goverment in the 80s and supported by New Labour in the 90s and noughties, have left the UK dependent on investment banks and hedge-fund managers who hold everyone, including Westminster, to ramson. Not a lot is manufactured in the UK nowadays and the country has gone from being a major producer to being a major consumer.

Still, everytime I see a red bus with Meryl Streep's mug beaming down on me I can't stop thinking about the "what ifs" scenarios.Enough to make me feel frustrated, I can assure you.


Next Post: “Killer Opening Songs”, to be published on Wednesday 1st February at 11:59m (GMT)