Could someone, please, explain the above formula to Barclays bank's new boss, Bob Diamond?

After having the cheek to tell MPs last year that the "period of remorse and apology for banks … needs to be over" the head honcho came out recently all guns blazing against some of his own staff because they showed off too much of their wealth. Apparently some bankers thought it a good idea to splash out more than forty thousand quid on wine. Bob wasn't a happy bunny about it and he let his feelings be known.

But Mr Diamond, don't you get it? If the bankers have that much money to begin with, they'll use it. It's their dosh. The better solution would be not to allow them to have that much cash, thus, avoiding that kind of crass display. As Mr Penguin tells you below (even if it makes a hash of it), the 1% is too rich, there's a market for that one percent, so it's totally logical that that 1% willl gravitate towards that market. And stitch up the remaining 99% in the process. 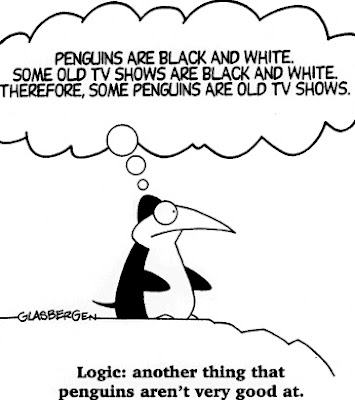 You might think that my first column this year is an idealistic, albeit very reality-based, rant against the banking system. Well, yes, it is somewhat. But it's also a reaction towards so much hipocrisy and bare-faced mendacity. On the one hand we have the Prime Minister David Cameron telling us to tighten our belts in 2012 because the ride ahead is about to get rougher, whilst on the other hand he wants to press on with the reform of public services, i.e., cut as many as he can. I don't think he has understood that if he doesn't fix C, he will have to contend with a malfunctioning B because all B is C, too. For a good example, look at the summer riots. Q.E.D.

In the meantime, the likes of Bob Diamond keep giving mixed messages. One minute, they say, bankers are untouchable, they have the Midas touch without which the economy will stop and we won't even be able to buy loo paper. The next minute, they are as disposable as a pack of "use'n'chuck" Gillette razor blades. Has Bob got any children? Who teaches them in school? Has he ever fallen ill? Who looked after him then? Maybe he went private. After all he's Barclay's chief executive so he can afford it. But still, that doctor had to go to a school to learn his or her trade. And as far as I know the average teacher or doctor doesn't splash out forty grand on a bottle of bubbly.

I strongly dislike scaremongering, I leave that to The Daily Hate, otherwise known as The Daily Mail, but 2012 doesn't augur well. No, if the likes of Bob Diamond, Cameron and co. don't get it into their heads that one of the keys to fixing the economy without causing too much damage in the process is to learn your A, B, C.


Next Post: “Of Literature and Other Abstract Thoughts”, to be posted on Wednesday 18th January at 11:59pm (GMT)