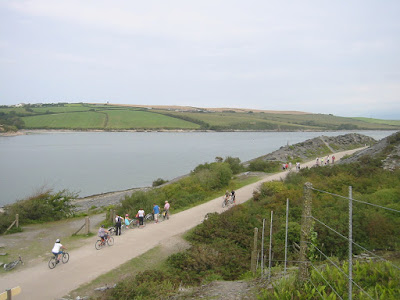 The furnace door was never opened. The blast of fire we were all expecting never arrived. The Indian summer we were promised back in the spring didn't materialise. It was probably refused entry at Heathrow, what with the new (even stricter) visa regulations. However, it didn't matter. Corwnall still turned out to be special with or without the sun.

We divided our trip in four stages: the first part was from London to Weston-Super Mare, a seaside town just after Bristol. That gave us enough time to rest before carrying on southwestwards. As stopovers go, I have no complaints about Weston-Super-Mare, especially as I managed to get a good and (really!) handy rucksack that was on sale at Millets'. We ate fish and chips sitting on the beachfront whilst watching the sun crawl into bed. There couldn't have been a better start to our holiday, 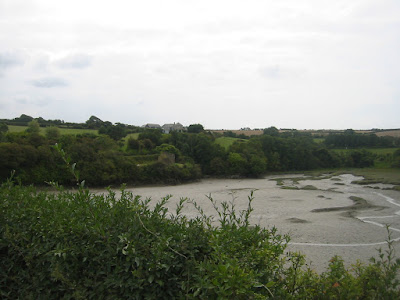 The next morning we set off early for Cornwall. After approximately an hour and a half the M5 eventually morphed into the A30, Launceston-bound. To our left the Dartmoor National Park gave us views to die for, its moorlands stretching for miles on end and reminding me of Sir Arthur Conan Doyle's "The Hound of the Baskervilles". Near Launceston, though, the traffic built up unexpectedly. There was no real reason for this jam. There was neither an accident nor were there any road repairs. It was just fellow holiday-makers with barracuda-shaped roofboxes like ours heading into the land of cream teas and pasties. The 50mph signs seemed to mock our slow snail-pace, a speed at which even the renowned Aesopian tortoise would have given us a run for our money. One of the more interesting aspects about a holiday is that at the beginning you can tolerate almost anything: your mind is focused on the destination, rather than on more mundane things such as traffic jams. So, we didn't really mind the addition of three quarters of an hour to our holiday schedule. 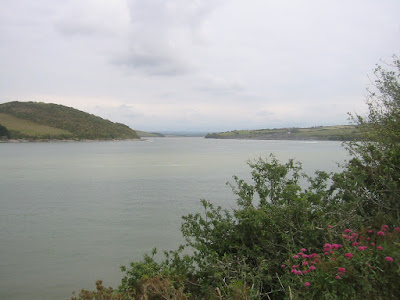 We came off the A30 and got on to the A39, and a short while later a sign reading "Padstow" hovered into view. We were there! Well, almost. The campsite where our caravan awaited us was still a few miles ahead.

Compared to the same type of accommodation we had last year in Wales, our new digs were better. The walls looked stronger and the layout was more practical. After putting our rucksacks and bags down we went for a meal out. 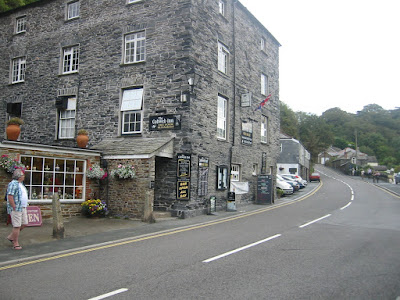 The days that followed were idyllical. A local saying proudly proclaimed that just within spitting distance there were "seven bays for seven days". The first one, Harlyn Beach, didn't disappoint, although the waves were gigantic. No wonder Cornwall is a godsend for surfers. My children got in the water straight away, but I refused point blank. It's on occasions like these when I miss the warm waters of my Caribbean Sea. However, despite not enjoying at first the hospitality of the Irish Sea, I was pleasantly surprised to hear a beautiful voice coming out of what looked like someone's backyard covering Bob Marley's "Redemption Song". 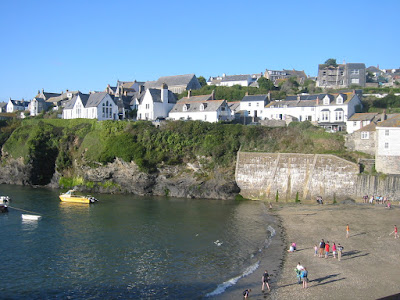 The calendar shed a few more pages and eventually we found ourselves in a beautiful consonance of birdsongs, sea breeze, the rustle of the tree leaves and the soft purr of our car engine. We even had a visitor. Our motor headlights caught a rabbit hopping on the road one night and after that we all sharpened our senses in order to spot it again. Then early one evening I stared out of my bedroom and there it was. Perfectly still as if soaking up the quietness of the late afternoon. In fact, it was watching another rabbit. Or not so much watching it as waiting for the right moment to scare it off. In the faux battle that ensued (the other rabbit ceded territory very quickly) our little, large-eared friend was the victor. I kept looking out for its Alice but there wasn't one in tow.

The weather was unpredictable although our itinerary wasn't. We wanted to make the most of our time in Cornwall. With that purpose in mind we made plans every morning depending on the forecast. Sunny or partially cloudy days gave us Treyarnon, Portcothan Bay and Booby's Bay (the best beach of all the ones we visited). Whilst on rainy ones we visited Port Isaac, Tintagel and Padstow itself. They were all little, picturesque towns with plenty of character. These outings also gave me the opportunity to drive down country lanes. 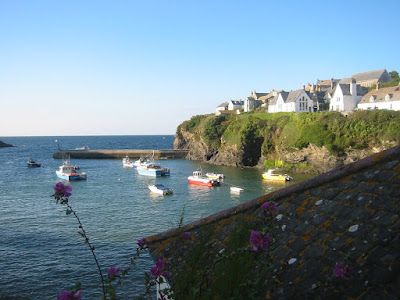 The narrowness of country roads made me think of cars flirting with each other. Side mirrors came so close that they almost kissed one another and you could almost imagine their offspring: a Forssan, a Honsubitshi or a Landaudi. On other occasions I fancied the limited space as a battleground where our wing mirrors represented the swords (carried on the right hand and the reason why people drive on the left in Britain) with which we fought over the right as to who would pass first.

Compared to that enjoyable but also almost claustrophobic scenario the openness of a wider road was very welcome. We escaped southwards a couple of times, first to Penryn and the second time to Falmouth. In the former we walked around a boatyard and in the latter we found a very lively place with plenty of galleries, cafes and shops. It was in Falmouth where I found out about Cornwall's hitherto (at least for me) unknown role in 20th century British impressionism. An exhibition at Falmouth Art Gallery gave me a powerful insight into impressionism's importance in Cornish art.

Driving back we stopped in Truro, Cornwall's only city. We had dinner at a pub called William IV. And let me tell you that if you're looking for good food at reasonable prices, this is the place to go. No wonder we came back the week after. 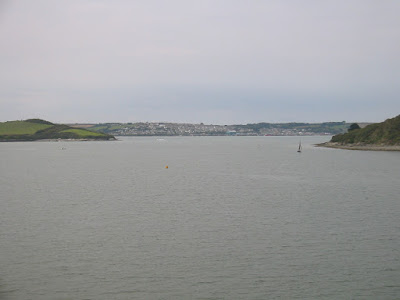 My only complaint would be that after leaving Truro, I, foolishly, took the wrong turn at a roundabout and we almost ended up in St Austell. Plus it was already nightime. It was probably one of the few times when I felt exposed and vulnerable.

Driving at night has a charm of its own. I like it. But I don't like it that much when I'm tired, I don't know my surroundings and to cap it all, I'm lost. Then, the headlights of the cars behind you ghost in and out, leaving you in a sea of darkness until you chance on the next vehicle coming in the opposite direction.

We changed tactic from then onwards and decided that if we were going to eat out we would have to come back earlier.

Pasties, the sea, art galleries, little shops full of "character" and plenty of Cornish hospitality. I don't think you would be surprised to know that our holiday plans already include a return to Kernow. And I for one can't wait. 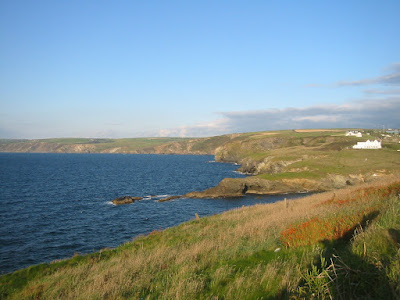