'I hate you English. With your boring trousers and your shiny toilet paper and your ridiculous preconceptions that Frenchmen are great lovers. I'm French and I'm hung like a baby carrot and a couple of petits pois.' Very rarely have wiser words been uttered than the ones that open this column today. They appear in one of the most profound and philosophical analyses on the human condition, namely, 'Blackadder'.

But also, what the quote above, rather facetiously, illustrates, is how our assumptions about other people and situations very often colour our points of view, regardless of whether the notions in question are based on fact or not.

It was these prejudgements that apparently led Sigmund Freud, the father of psychoanalysis, to scoff at the idea of penning an autobiography. Too dull, he said. In reality, though, what he probably meant was that writing a first-hand account of his life and work would have necessarily involved revealing family secrets and indiscretions that would have affected friends. That would have been one option, though. The other one would have been to lie his way through his memoir.

One way of looking at biographies and memoirs is as myth-makers. They don't so much embellish their subjects, as go the extra mile and turn them into icons. In the process, they also serve as vehicles for adulation. A good example of this was Seumas Milne's review of Fidel Castro's self-congratulatory autobiography, 'My Life' three and a half years ago. Throughout his article the The Guardian's journalist exalts the Cuban leader's "capacity to reinvent himself and his undimmed focus on contemporary struggles". Sadly, Seumas was not involved in Cuba's 'Black Spring', the 2003 crackdown when seventy-five dissidents were arrested and imprisoned by government forces for daring to voice their opinions. So, he wasn't able to experiment in the flesh Fidel's "undimmed focus on contemporary struggle". 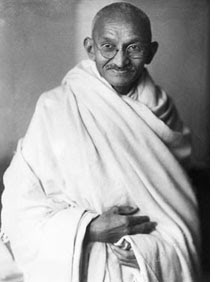 The other way of looking at personal accounts is as unfinished on-going projects. This approach is a more realistic one, but also more dangerous because of the different factors in play. There's the factual element, but sometimes this is inextricably linked to religious, racial and sexual (both gender and orientation) aspects. The more a researcher tries to stick to the truth when digging up new information about a famous person, the more he or she will have to fight against well-established canons. A case in point is Joseph Lelyveld's book "Great Soul: Mahatma Gandhi and His Struggle with India". The Indian leader, architect of satyagraha (truth force), has always fascinated peace-lovers and opponents of colonialism and imperialism everywhere. His stand on non-violent activism continues to exert a huge influence even in today's contemporary society. But should this view be immutable? What lies beneath the myth?

Though I have not read the book yet, it seems to me that Lelyveld is more interested in showing a morally ambivalent human being than a deity. And that is perhaps his biggest challenge. More often than not history rewrites a person's significance and the outcome smacks more of hagiography than reality. In Lelyveld's book, Gandhi, the visionary, is also presented as Gandhi, the self-centred political behemoth. His undisputable honesty is placed next to the alleged manipulation of which sometimes he was capable. If like me, you first got a glimpse of the life of the Mahatma through Richard Attenborough’s 1982 biopic, this situation will probably leave you heading for the nearest One Pound store in your barrio in order to buy a sweatshop-produced, cheap halo to put back on the late Indian leader's head. If, on the other hand, you like your icons as imperfect as they come, then you will probably buy Joseph's book. Which I will. It's already in my amazon's list.

Yet, it's interesting to see that the furore caused by the volume (it has been banned in Gujarat) owes more to a reference to an alleged sexual - and platonic, by the looks of it - relationship between Gandhi and the German architect Hermann Kallenbach than to Lelyveld's vivid portrait of the Mahatma as a contradictory figure who shaped his political vision in South Africa, the country in which he lived for two decades. 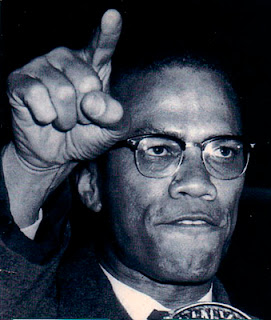 It's not surprising to find that a slight hint of a homosexual liaison is enough to send the hagiographers up the wall. Another biography that's come out (pun not intended) recently and has also caused a stir, although not an outright ban, is that of Malcolm Little, otherwise known as Malcolm X. In his "Malcolm X: A Life of Reinvention", professor of history and political science at Columbia university, Manning Marable, offers a more nuanced view of Malcolm's life. Professor Marable, who sadly died a few days before the book's publication, aims to dismantle some of the myths surrounding the 'Detroit Red'. And one of the elements he includes in his biography is that Malcolm might have been a source of sexual entertainment for an older, white man. Strong stuff, if you like your icons to be macho and mean.

However, picking just on the homoerotic factor, whether it's based on reality or not, would be wrong. Because Marable also gives us the human behind the hagiography. The flawed hero who went on a pilgrimage to Mecca and returned thinking that his earlier inflammatory language had no place in the society of which he dreamt. The devoted husband who apparently had a fling with a female follower. The Nation of Islam member who drank alcohol occasionally. Manning's book doesn't destroy Malcolm, in my opinion, he makes it more believable, more human. Coincidentally, as it happened with Gandhi, my first introduction to the American civil rights leader was also via the medium of cinema: Spike Lee's 1992 Academy-nominated 'Malcolm X'. So, even before I picked up Alex Haley's highly influential volume, "The Autobiography of Malcolm X", I already had my own preconceptions. Needless to say, Mr Marable's book is in my to-buy list, too.

Between iconography and reality there lies a thin line which biographers and researchers are advised to tread cautiously. Yet, not so careful that we lose sight of the human and we make the mistake of putting him/her behind a high, electric, circular fence. Heroes are people, not saints and sometimes the hagiographic treatment works against them in the long term. Still, if, when the time comes to write Osama Bin Laden's biography, it is revealed that he was "hung like a baby carrot and a couple of petits pois", I don't think there'll be a public outcry. After all, even stand-up comics need to put food on the table everyday.

Next Post: ‘Of Literature and Other Abstract Thoughts’, to be published on Wednesday 18th May at 11:59pm (GMT)