... pets. Dogs, specifically. Actually, let's narrow that down even more to this week's column's target. Let's talk about dog owners.

But before I start, a small disclaimer. If you're a responsible dog owner, who clean after your playful mutt when you take it out for a stroll, keep it on a lead, or at least next to you when walking in areas teeming with children, and attend to its regular grooming regime, then, good on you! Thanks. You're my kind of dog owner. The one I wave my hand at in the park and whose health I enquire after. The one whose pet becomes my daughter's object of affection for a few minutes.

If, on the other hand, you belong to that other category of dog owners, the ones who see every 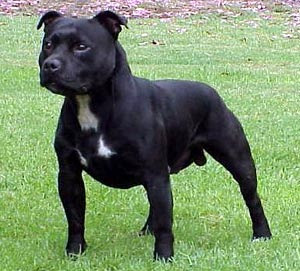 canine as a would-be David Haye, or those who leave a trail of their pooch's faeces behind them, or those who don't look after them properly, to the point where their pets could be the double for Charlie Chaplin's famous on-screen alter ego, 'The Tramp', without anyone spotting the difference; if you're in that group, then read on.

It's hard for me to write about dogs without including owners. Because at the end of the day, on many occasions our so-called best friends are nothing but a reflection of their proprietors.

I've lost count of how many times I've borne witness to the following scene: man or woman is walking dog around the park when his or her little pet feels the call of nature. Next, it stops, squats and leaves a beautiful and oh, (ever) so cute, massive brown gift behind it. On the ground. In the middle of a park. And man or woman, carries on, totally oblivious to what their poochie-pooch has just done. He/she knows - of course they do! - but they'd rather not face up to their beige/off-white/creamy reality. Is this what they're like at home? Crapping all over the gaffe? Walking around piles of excrement with soiled underwear on? Because, really, if that's not the way you behave in your own house, why comport yourself differently outdoors?

Another case I've come across quite often is the dog-and-owner-as-twins scenario. It never ceases to amaze me how remarkably alike some owners and dogs look. What I've never been able to find out (and not because of lack of curiosity, but mettle) is whether the act of finding an animal companion includes physical resemblance amongst the desired traits. There is a man who lives near my house whose dog's visage is almost a copycat of his face. Down to the canine's handlebar 'tache. I kid you not. I presume that he has fashioned his pet's whiskers to resemble his. Maybe they even share the same kennel. If that's the case, I won't be surprised when the RSPCA knock on his door. Already he is liable to end up at the Hague accused of crimes against humanity on account of his facial hair. Why torture his poor pet like that?

But jesting aside, I've left for the end the most dangerous species. They are characterised by aggresive behaviour, hostile attitude and reckless and immature personality. And that's just the owners. Because, who can fault the dogs? After all, they are what their masters want them to be. They are irrational animals, can't think beyond their onomatopoetic 'woof, woof' and are expected to roll around on the grass and chase sticks all day long. If I was Home Secretary, rather than handing dog asbos or canine control orders to abusive owners, I would lock these transgressors up in a 2x2 cell with a pack of hungry hounds that haven't been fed for a week. That would teach them. I'm sure that the National Union of Dogs (if such a body exists) would bark in agreement.

Next Post: ‘Sunday Mornings: Coffee, Reflections and Music’, to be published on Sunday 23rd January at 10am (GMT)
Posted by A Cuban In London at 23:59