It is strange to think of a song like Tracy Chapman’s 1988 Behind the Wall in the context of the ubiquitous, free market-driven and fast-buck-making capitalism of that time. Not only that but also the fact that the track became one of her most listened-to on her eponymous debut album. At the time the charts were dominated – as they usually are – by inane pop of the Tiffany, Kylie Minogue and Rick Astley type. Behind the Wall was different. It had lines such as “And when they arrive/They say they can't interfere/with domestic affairs/between a man and his wife/and as they walk out the door/the tears well up in her eyes”. It was uncompromising pop by an uncompromising pop singer. Forget Tom Jones’s Delilah with those ominous but always crowd-pleasing words: “I felt the knife in my hand and she laughed no more”. In Behind the Wall, we are terrified because we know very well what will happen when the police “walk out the door”. The knife in the hand and the abrupt end to merriment do not trigger knicker-throwing hysteria. On the contrary, this is the reality of domestic violence. Domestic violence in Billboard magazine. Cheers, Tezza.

I have been thinking about Tracy Chapman lately. A trip down memory’s (slow) lane if you like. I did not become acquainted with Chapman until my first year in uni, circa 1990. A tape was passed around and I was immediately hooked by the combination of poetry, voice and musical arrangements. That was hard to find in pop music at the time. Most artists favoured just one of these elements. Add on the fact that in those days in Cuba we usually got the latest releases two or three years after they’d come out in the US and UK and it is less difficult to understand why many of us, freshmen, fell in love with the dreadlocked, folk singer from Cleveland. She was a novelty.

The other reason why this musical love affair blossomed between Tracy and me (not that she was ever aware, mind) was that every time she asked us if we didn’t know they were “talkin’ ‘bout a revolution”, I had a different type of revolution in mind. Mine was of the individual thinking variety. The consumption and interpretation of art is completely subjective and Chapman was a good example. We all took away a different message from her output.

Of course, when I listened to the Tracy Chapman album recently the only melody that got stuck in my head was ForYou. For very personal reasons, the lyrics call to a part of my life at the moment that is part love declaration and part self-analysis. “Deep in my heart/Save from the guards/Of intellect and reason/Leaving me at a loss/For words to express my feelings”. What a crafty way of saying that love does not obey the laws of rationality. 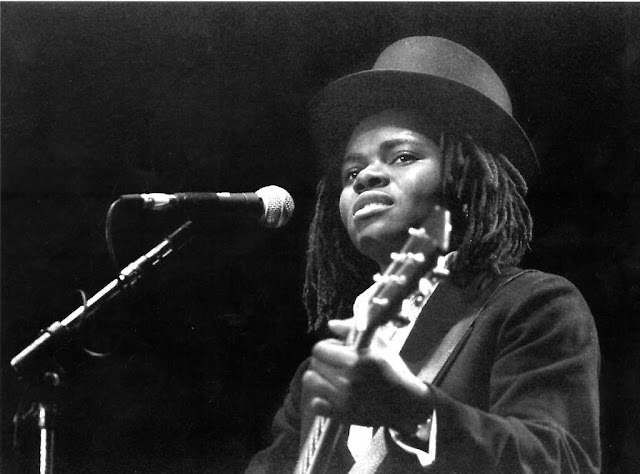