Two Brazilians, a Beninese, a Scot and an Italian walk into a bar and…

No, this is not the beginning of a bad, Jeremy-Clarkson-flavoured joke, but the all-female, musical set-up that has been lighting up London’s stages of late. Let Drum Beat is Alba Cabral, Béa Shantifa, Lizzie Ogle, Marta Riccardi and Tuca Milan. These superb musicians use a wide range of Afro-Brazilian percussion instruments to create their unique, fusion-powered style. Singing at times in Portuguese, French and Tupi-Guarani, Let Drum Beat uses vocal harmonies to establish a connection to their homelands, transporting their audience there in the process.


This link was much needed recently when they played to a very receptive and welcoming crowd at the Bernie Grant Arts Centre, in Tottenham, north London. Rain-soaked and cold weather has pretty much been spring’s main contribution so far. Yet, in just over an hour-long set, Let Drum Beat brought the temperature in the room up to Brazilian-summer levels. I was impressed not only with the musicianship and compactness of the ensemble but also with their use of non-percussive instruments, like the rabeca, a north-eastern-Brazil-rooted, violin-like, stringed instrument that, unlike its close European relative, is supported either on the chest or left shoulder. 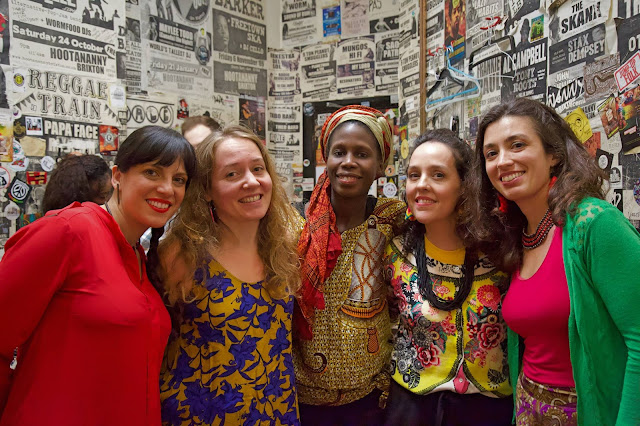 In a diverse, multicultural city like London, where world music aficionados have plenty of options available to them, Let Drum Beat stands out as a musical powerhouse in their own right. Energetic, innovative and risk-taking, these five women have already blazed a trail. The launch of their debut album this summer (announced on the night) heralds a new era, not just for Let Drum Beat but also for London’s music scene.