It is early in the morning and yet, the sky is already a bright, azure blue. Today I am attending a training session in town and therefore I have to catch an early train. I amble up the short distance from my house to the station. On the way there a brisk and chilly breeze reminds me that I was wise to don my scarf, gloves and flat cap today.

The road I am on will lead me to the market and through it to the overground station. Along the way I pause every now and then to contemplate my local “landmarks”.

First it is the now vacant space where the Indian takeaway used to be until a year ago. They cooked good, proper Asian grub here and delivered the food to your door with a smile on their faces. But the prices were not competitive enough and the business went bust. I can see now that the place where the takeaway stood is being done up. Another eatery, perhaps? Next up is the old hairdresser’s and straight after that, the new barber shop. The former caters mainly to seniors and the latter is always full of young men. The hairdresser’s, long-established in the area, hints at longevity and tradition whilst the barber shop points at the future: big screen television broadcasting the Premier League.

On my right now is the Greek Orthodox Church. This magnificent, red-brick building takes more than half a block. I remember going in once when my mother visited me for the first time and marvelling at the richly decorated interiors.

I reach the train station. I still recall the times when this used to be the start of my journey as a commuter. Before the new ticket barrier was installed there was a guy from the local newsagents with a small stall selling newspapers. Branching out, you could say he was doing. Do not bother to walk the long(er) distance to the shop, I’ll bring newspapers and magazines to you. The vendor and his stand might be gone but I still see the guy who hands out free copies of The Watchtower outside the station. There was a time during my commuting days when there used to be him, another bloke distributing the Socialist Workers’Party newspaper and, inside the station, our newsagent friend flogging copies of The Daily Mail. Three publications advertising the end of days. For the Jehovah’s Witnesses behind The Watchtower, it was the apocalypse, for the burghers of the SWP it was the demise of capitalism (just don’t mention Stalin, please) and for the Daily Hate the collapse of British (English, in reality) culture and traditions.

My train arrives within minutes. I look up before entering the carriage. The sky is still a bright, azure blue. Spring  is here. 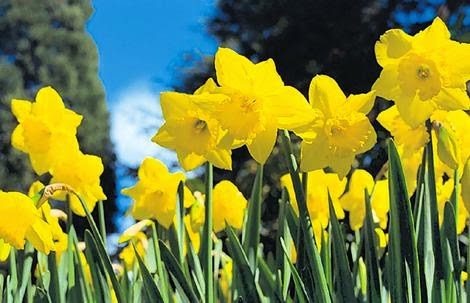 Next Post: “Sunday Mornings: Coffee, Reflections and Music”, to be published on Sunday 23rd March at 10am (GMT)
Posted by A Cuban In London at 23:59