Living in a Multilingual World (The One About MLE) 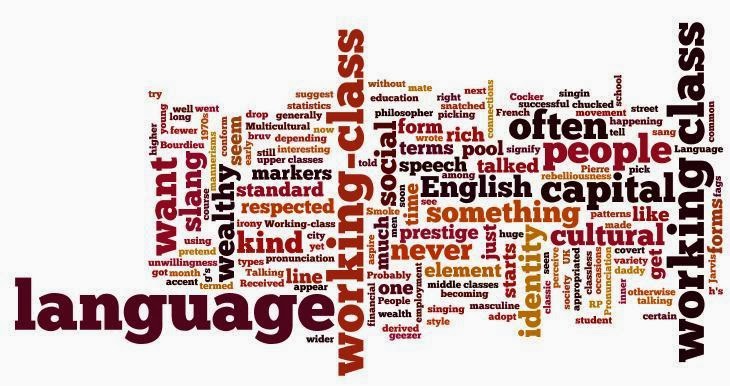 Recently I have been hearing more and more people talking about the correct way we ought to speak English. Or rather, about the incorrect ways some people speak it. More specifically, there are self-appointed guardians of the English language who are terrified of a new phenomenon: the linguistic melting pot. We all know about the melting pot. New York is one, so is London and Paris does not lag behind. It is the confluence of different nationalities and races in one place. It is what makes an ordinary, run-of-the-mill city a metropolis all of a sudden. Language is a logical part of this process. So far, though, linguistic contributions had remained in the periphery with the host nation being able to fend off (unintentionally) most advances. Think of the RP accent that dominated the BBC for so many years. But the landscape has changed dramatically in the last decade or so. Regional intonations are frequently heard now on both radio and television. What could have been thought of niche accents years ago, are taking on a more prominent role nowadays, if not on mainstream media, at least amongst the youth. It is this last group that is calling the shots. They are changing the rhythm with which English is spoken, stressing syllables that are normally unstressed.

Without wanting to come across as a fence-sitter, I understand both camps. Those who criticise the expansion of what’s come to be known as Multicultural London English (although it’s not a phenomenon that only takes place in the British capital) might be striving for a linguistic structure that is easily accessible to all and perfectly understandable. I can sympathise with that feeling. As a non-native speaker, I find my language resources wanting when faced with a regional dialect or a slang-ridden sentence. Even those born and bred in English-speaking countries sometimes struggle with certain speech patterns. The desire for a linguistic level playing field is, thus, justified. Besides, with a job market getting narrower by the day, people need to show as many skills as possible. In order to do this, they have to be able to be fluent, confident speakers. Someone who ends her/his sentences with “innit?” is not going to get very far, no matter how much we protest and say that experience and the ability to perform the role efficiently is what counts.

However, that would be almost like denying the evolution of language. To me that would be as if the creationist movement suddenly took control of the way we spoke and built its own Royal Academy of the English Language. God made us this way and this is the way we ought to speak forever and ever. Again, I turn to Michael Rosen for a beautiful reflection on history: People all around us sing songs, tell stories of what’s happened to them, talk about their parents and grandparents, where they used to live. We remember some of this, and somehow it all becomes us. Becomes us. That is what happens to language, too. It becomes us. We become it. When we sing “Old pirates, yes, they rob I; Sold I to the merchant ships”, we forget about the objective case of “I” and lose ourselves in the message of redemption the song conveys. I say “ourselves”, I can’t vouch for you, but I do. When I talk to older people in my barrio who have lived in it for so long they can’t remember any longer, they tell me tales of exodus, of Cockneys migrating to Essex and Poles, Somalis and Turks replacing them. Whether the self-appointed guardians of the English language like it or not, this influx has an impact. On our lifestyle, our habits, our culture and, of course, it has a deep impact on our language. I have no other option but to (willingly) embrace it. Will you, too?

Next Post; “Sunday Mornings: Coffee, Reflections and Music”, to be published on Sunday 2nd March at 10am (GMT)