Pieces of Me, Pieces of Havana

... what I remember the most is when I used to go to El Templete to circle the Ceiba tree every 15th November, near the midnight hour, almost on the 16th. You walk around it once and.... No, no, bro, you’re wrong. You walk around it three times and you make three wishes. Actually, I think he’s right. You go around the Ceiba once and you make three wishes as you do it. No, man, you two are wrong, believe me; I used to go every year. In fact, I started going when I was still in my teens, mainly because my birthday coincided with that of Havana’s, on 16th November. Your birthday’s on the 16th? Yes. So, is mine, happy birthday! Yes, mi herma, my birthday is also on the 16th November! Thanks, likewise. Anyway, as I was saying, I began to attend the ceremony when I was still in college, probably Year 11 or 12. It couldn’t have been before that. I was still under curfew. I couldn’t stay out longer than 11pm. Do you remember the first time you went? Yes, how can I forget it? The place was not as choc-a as it would be in later years, but it was still mainly locals coming down around this time, not many foreigners in those days. You mean nights. Ha, yeah, you’re right. That first time I went with my best friend from college. We walked all the way down Neptuno St until we got to Prado St. We carried on down Obispo, past the La Moderna Poesia bookshop until we arrived at the Plaza de Armas at around 10pm.The queue was short and we still had some time to kill. We walked around for a while. I remember being overwhelmed by the occasion and by the history behind the place. El Templete was the place where the conquistadores stopped after their long journey northwards from the Mayabeque River; on the southern coast. Mayabeque was not a viable option as a port anymore, especially after the expeditions to Mexico and Florida in the 16th century and therefore had to be vacated. On that first night when I went to walk around the Ceiba I wondered how it must have felt for the Spanish soldiers to leave a swampy area full of mosquitoes and arrive in what they probably saw as the “promised land”. There were signs to convince them that they had made the right choice: The Chorrera River, with its clean and transparent waters that greeted them in 1519 and the fresh sea breeze from Havana Bay slapping them across their tired faces. And to cap it all, the tall Ceiba tree attempting to tickle Heaven’s belly with its long branches. Under the shade of a similar majestic tree El Templete, the Little Temple, was born three centuries later in 1828. I heard or read somewhere that the original Ceiba tree was cut down and in its place a plinth was erected to celebrate the historic date. You’re quite right. In fact, the plinth was surrounded by three new Ceibas. But they, too, were felled down. Seventy-five years later, under Governor Don Dionisio Vives’ orders El Templete came into being and with it the Ceiba tree around which we all walked three times on the 16th November when we still lived in Havana. Once! Once! Ha, you two don’t give up, do you? However, the number is not relevant. What matters more is what we’ve all taken from our city and brought with us to the Big Smoke: the memories, the history and the culture. You’re quite right, ecobio. It makes no difference if it was three, or four or five times. Havana will always be Havana and the Ceiba tree is one of its symbols. And so was the ritualistic Areito ceremony performed by our very own Indians, with their call-and-response chants. Which, by the way, preceded the ones sung by the slaves brought from Africa once the cruel Spaniards exterminated the indigenous population. With that kind of foundation it’s not hard to see why we’ve always been a musical country. You’re right, mate. Our delicious rumba was born in the ports of Cárdenas and Havana, played on wooden boxes with metal spoons by stevedores and foremen. And accompanied by the essential Cuban clave, the two sticks that are the heart and soul of Cuban music. Sometimes people played with their bare hands if they couldn’t get hold of a pair of claves. Later on we added the Spanish guitar, conga drums and voilà! We suddenly had son, guaracha, cha-cha-cha, mambo, salsa. Do you miss walking around the Ceiba tree? Yes, I do. How about you? What did you use to wish for? I always had the same two wishes. No need for a third one. Health, first and foremost, for my family, friends and me. And change. A radical change. Not just for Havana, but also for the whole country. It hurts to see the city you were born in slowly fading away. With its buildings collapsing, its people leaving or alienating themselves. It hurts. I know what you mean, bro, it hurts me, too. But tonight let’s forget about the misfortunes and celebrate the history of our birthplace. Let’s think of all those hands, black, white and yellow touching the legendary Ceiba tree and let’s raise a toast to our 493-year-old beautiful lady: Havana. 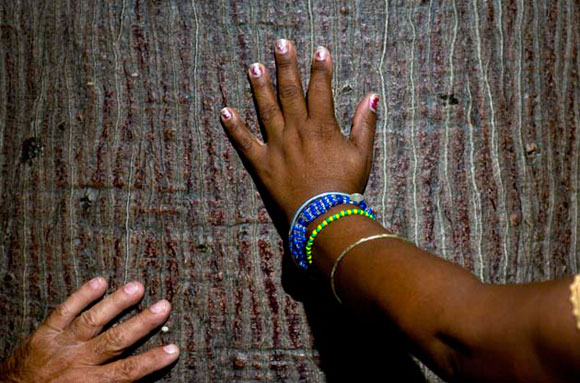 Next Post: “Of Literature and Other Abstract Thoughts”, to be published on Wednesday 21st November at 11:59pm (GMT)

Labels: A Cuban In London, Cubans in London, Havana, Pieces of Me Pieces of Havana