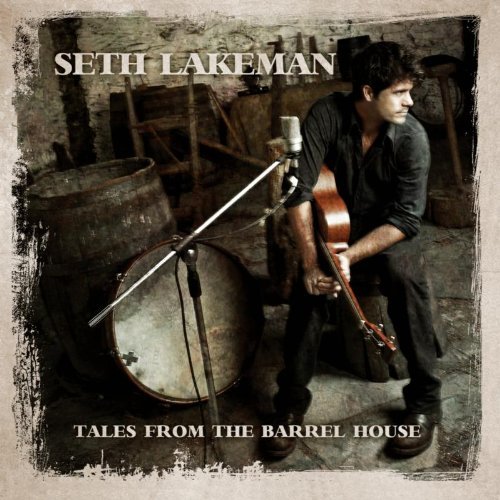 The barrel was truly scraped for this gem of an album. And that's meant, naturally, in a nice way. Killer Opening Songs just wanted to get that pun out of the way before going on to describe how it was blown away by one of this year's most precious releases. Precious because "Tales from the Barrel House" contains some of the most innovative British music to which K.O.S. has been exposed for a long time.

Seth Lakeman is a well-known singer-songwriter in the world of folk music. His album "Freedom Fields" sailed pretty well in pop chart waters back in 2006 and gave Lakeman a rare opportunity to appear on Top of the Pops. But "Tales from the Barrel House" is a different musical proposition altogether. It's a going-back-to-basics approach.

That's literal, by the way. Guitar, banjo, viola and violin, amongst other instruments, are all played by Seth. They render the record raw and stark. So, from that perspective "Tales..." is truly a solo album. At the same time there's a magical thread weaving all the tracks together. And it's the Killer Opening Song the one that provides that first salvo.

"More than Money" was recorded in the George and Charlotte mine, in Devon, southwestern England. Its lyrics are a homage to those grafters who spent their whole lives working underground. The sound is rough, the edges unpolished, the result, an acoustic beauty.

The surroundings were as important in the making of the song as the words and melody themselves. The mine in which Lakeman recorded is a living museum nowadays. Visitors get a glimpse of the conditions in which these workmen laboured in past times. In the same way outsiders are exposed to this intense and rather unusual experience, Seth sought to open himself to and make use of all the tools and objects around him. Including the coffin room, where he placed his laptop. As he said to Songlines magazine in this year's April/May issue: "We went right into the heart of the mine, set up a mic, and away I went."

"More than Money" is the first beat of that heart. What follows after is a group of songs that reinforce Seth Lakeman's position as one of the UK's foremost singer-songwriters today. "The Blacksmith's Prayer" is a haunting melody about the life and work of a blacksmith (you can watch a very good performance of it by clicking here). There are tracks about cider-making, carpenters and a grandfather clock. Above all, "Tales of the Barrel House" is an album about craftsmen and artisans, miners or otherwise. Small wonder, then, that it came from the pen of another artisan, Seth Lakeman.

Next post: “Sunday Mornings: Coffee, Reflections and Music”, to be published on Sunday 23rd September at 10am (GMT)