Forgive me Father for I have sinned.

What has he done now? You might be wondering.

Well, I'm guilty of siding with the enemy. I should be prosecuted for treason. Pushed up against a wall in front of the firing squad.

And what's my crime you might be asking yourselves? 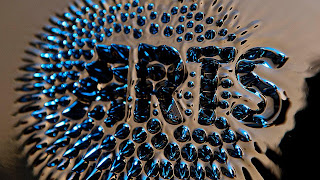 As the Leveson enquiry marches on and the sordid relationship between media magnate Rupert Murdoch and the British press is finally cracked open for everyone to see, I've secretly become hooked on one of the Australian-American's lesser-known products: Sky Arts.

It all began about a year ago when I was flicking through television channels, bored of so much pap on the box. I, then, alighted on a programme about the grunge scene in Seattle in the early 19902. The depth of the commentary and the length of the show confused me at first. I thought I had stumbled upon one of the regular Friday music nights on BBC4. But no, this programme was being broadcast bang in the middle of the week. And it was part of my Freeview package.

From that moment on, my mornings and evenings began to fill up with the sounds and images of Sky Arts. Whether it was repeats of Actors Studio between 6am and 7am with the inimitable James Lipton, or a new series of Great Artists, presented by art historian Tim Marlow at 7pm, I tried not to miss it. Sometimes I lay on the floor, stretching my hamstrings after a strenuous run, whilst at the same time being comforted by In Confidence, a programme where Laurie Taylor interviews celebrity guests and seeks to dig out their real characters.

Sky Arts began life as Artsworld in 2000 and it was only when BSkyB (yes, that BSkyB!) rescued it from closure, that it became the powerhouse it is now. Sky Arts is divided into two channels and it's not hard to see why from a marketing perspective. Sky Arts 1 caters to the younger, hipper, so-called mid-brow section of the culture market. Sky Arts 2, on the other hand, with its broadcasts of entire operas and ballets, appeals more to the high-brow end of the spectrum. I'm normally not keen on terms like mid- and high-brow (and don't even get me started on low-brow). I think that in this time and age it's harder for "purists" to find unadulterated cultural forms. For instance, recently Sky Arts 2 screened a whole night of ballet. I loved it. Then, again, I've been a ballet enthusiast for more than twenty years now. Yet, when I flicked over to Sky Arts 1, they were broadcasting an old concert by The Who in Rockpalast, Germany. Needless to say, although the programme had already started, I watched it until the end.

But both mid- and high-brow are marketing terms and they would probably explain much of the regular schedule. I gather that the template used by the Sky Arts was the same the BBC applied to its BBC3 and BBC4. Only that the former is not match for Sky Arts 1 and the latter is the closest the BBC comes to Sky Arts 1, let alone, 2.

Part of the reason why Sky Arts has been able to get a firm grip on the culture market is that it takes chances. The nature of the BBC, its closest competitor, is still that of a public-funded channel. This means that every decision is scrutinised more on a value-for-money basis than subscription-only options like the one Sky Arts presents.

The other element to consider when analysing Sky Arts rich, creative putput is that some of its content is recycled material first churned out by... the BBC. Recently I've been enjoying Playhouse Presents, a series of one-off, half-hour dramas with luminaries from the stage, television and cinema such as David Tennant, Catherine Tate, Sheila Hancock and Alison Steadman. This is a replacement for the single TV play, which disappeared in the early 80s. Similarly, The Southbank Show died a slow death on ITV, only to be revived for Sky Arts 1 earlier this year.

This must-watch status causes a lot of headache to right-thinking liberals like yours truly. On the one hand, we have a company owned by a man who apparently didn't know or didn't want to know that his employees were hacking into people's phones. Not just those of famous celebrities, mind you, but also of those of a murdered teenage girl and the victims of the 7/7 attacks on London. As it's been shown in the Leveson inquiry in the last year or so, Murdoch and his company, News Corporation, browbeat politicians and when possible tried to influence key decisions, like the recent BSkyB takeover bid. On the other hand, he is a magnate who still believes in the power of newspapers (even if he did close one down, The News of the World) and macromanages editorial content (although The Sun, one of his titles, has not been very critical of Murdoch's phone-hacking sins).

Meanwhile the BBC is facing budget cuts and it will be difficult to see the channel rising up to the challenge posed by Sky Arts, even if the latter is still subscription-only (or part of a Freeview package. But then, again, I'm still forking out for extra content on top of my terrestrial programming). I don't want to join those who love to knock Auntie but I can't see the Beeb winning the battle in this one. Not when BBC3's almost entire output consists of continuous repeats of Two Pints of Lager and a Packet of Crisps.

Do I feel guilty of promoting the "enemy" with this column? Part of me does and part of me doesn't. The latter prefers to think that I live in the best of the possible worlds. A world in which I have access to Sky Arts 1 and 2, but I also have BBC4 (and 1 and 2).