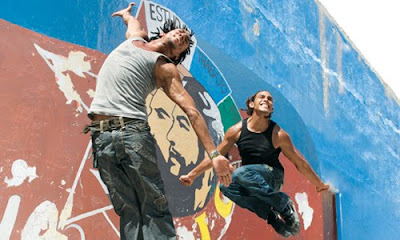 According to the Cuban choreographer, Santiago Alfonso, 'when Cubans dance, they do it in the same cheeky and insolent way in which they live'. Small wonder, then, that I used that quote last summer to welcome visitors to my space. It sums up pretty accurately our passion for dancing.

And this is not just translated into predictable genres like salsa, cha cha cha or mambo for instance. But as demonstrated by the recent performances of Danza Contemporánea de Cuba (Cuba's Contemporary Dance Company) at Sadler's Wells, it is also transposed into more experimental and difficult styles. CDC's two nights at Sadler's Wells were a golden opportunity for dance lovers to become acquainted with the work of a company that has a reputation as a trailblazer.

The genesis for this notoriety can be traced back to the long vision of choreographers like Ramiro Guerra and Eduardo Rivero. The former introduced the Graham technique in Cuba as well as conducting extensive research into Cuba's rich African folklore and linking it to dance. The latter choreographed two of CDC's most famous works: Sulkary and Okantomí. The result is a company that is not afraid to be adventurous and the beneficiary of this daring approach last Saturday was a knowledgeable audience who rewarded the performers at the end of the show with the applause they thoroughly deserved.

Casi-Casa, a piece by Swedish choreographer Mats Ek, explored the dynamics within a house. The beginning reminded me of Bob Geldof's character Pink, in the movie 'Pink Floyd The Wall', more specifically the scene where he invites a groupie to his trailer and remains motionless, plonked in front of the telly as the first notes of 'One of My Turns' are playing. In CDC's case, though, there was no room-wrecking, only a similarly alienated dancer whose face was lit up by the constant glare of the television set he'd been watching. The tempo and pace of this first piece were slow and measured. The dancers' movements smooth and almost gymnastic. Each turn was carefully performed like a peacock showing off its feathers. I was also glad to see the whole of the stage being used. There are dance companies that think that the only dancing you do is supposed to take place at the front. There was, too, a brilliant combination of grotesque and romantic elements: a couple arguing over - apparently - house arrangements and ending up with a burned baby (cue nervous laughs in the audience and coup de grâce for choreographer); dancers going bananas with Hoovers; a duet (man and woman) utilising a door as yet another phrase in their amorous interaction; a trio (all men) blending tenderly with each other until one of them decides to withdraw leaving behind scornful glances.

As a small nod to that part of the audience who were, maybe, expecting a slice of more 'authentic' Cuban dance (whatever that means), Mambo 3XX1, choreographed by George Cespedes, provided a free-style feast of bottom-wriggling, chest-flaunting and pelvis-thrusting. But underneath that veneer of mambo-suffused explosion and tropical heat, there lay one of the most thought-provoking narratives I've seen for a long time. The first 8-10 minutes presented seven lines of three dancers each who, in military-style, executed a mambo routine a couple of beats slower than the traditional rhythm. Any Afro-Cuban or Cuban popular dance tutor would have queried this novel way of performing a genre that is renowned for its syncopated beat. In contrast with Casi-Casa, the movements were sharp, angular and short. In addition, the steps and (hilarious) missteps were carried out robotically. The dancers' faces said it all, they were full of boredom, apathy and resignation. The release arrived in the second part of the choreography when the performers changed their black and white uniforms for ordinary clothes and indulged in free-style dancing. To me the message conveyed was about nations (or a nation, Cuba, as I interpreted it) getting stuck in a rut and not allowing its younger members the freedom to express themselves.

My only criticism is that the company did not bring more work from its extensive and rich repertoire to this UK tour (other than Folia and that piece was not part of the programme I watched last Saturday). I strongly believe that had CDC decided to pull out a piece like the aforementioned 'Sulkary' from its magical hat, or the Phillip Glass-sountracked 'Cuida De No Caer', then dance reviewers like Jenny Gilbert in The Independent would have had no reason to assume that, 'Danza Contemporanea de Cuba is surely misguided in looking to Europe and its glum conceptualist ways. Rather than hanker to be Rambert or NDT, it should stick with its own USP.'

Memo to Jenny: Danza Abierta, Danza Retazos and Danza Contemporánea de Cuba, three examples amongst some other Cuban contemporary dance companies that combine tradition with avantgarde successfully. Or as Santiago Alfonso would have it, cheekiness with insolence.

My thanks to Havana Cultura and especially Krista Booker for their support.

Photo taken from Como No

Next Post: 'Sunday Mornings: Coffee, Reflections and Music', to be published on Sunday 28th March at 10am (GMT)
Posted by A Cuban In London at 23:59