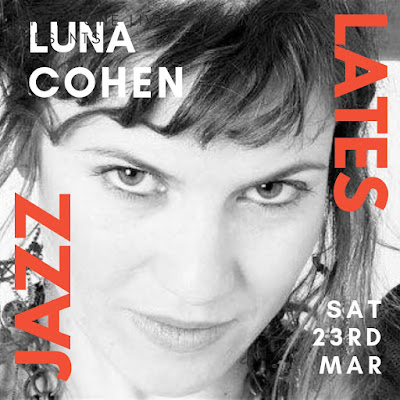 It's funny how religion was all around me when I was growing up in (supposedly religion-free) Cuba. My late grandmother was raised a Catholic and never lost the faith. My father was a (closeted) Freemason and my mother was not averse to dropping Christian-themed snippets of wisdom while bringing me up. All this punctuated by regular visits by a babalawo (a priest in the Yoruba religion) to my flat in Havana. Yet, I became an atheist and still consider myself one.

Except when it comes to music. Music (and art by default) is the closest I've come to becoming a worshipper of any kind.

Ninety One Living Room's Jazz Lates is the brainchild of Cuban musician and promoter, Orestes Noda. In its short incarnation (it only got going in autumn/winter 2018) it has shone a much-needed light onto some of the more exciting talent the UK's up-and-coming jazz scene has to offer.

Based in the heart of hipster east London, Jazz Lates has hosted some of the finest contemporary jazz musicians. Along the way it has also contributed to some unforgettable sessions. This is helped by a format in which musicians play two sets; the first one usually featuring their own material and the second one showcasing a mix of original songs and covers of jazz classics.

The beauty of this set-up is that at the start the audience is exposed to a sound with which they might not be familiar. This builds a sense of trust from the word go, which allows lesser-known acts to grow into their performance on stage. It also ensures that the band or singer's own compositions are the focus, instead of how they tackle yet another version of Dave Brubeck's Take Five. 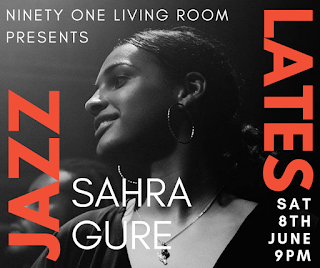 That was certainly the case with Sahra Gure, a Berlin-born, London-based, vocalist who has taken London by storm. She performed at Ninety One Living Room recently. Still very young but already showing lots of confidence and pizzazz, Sahra has collaborated with the likes of Dele Sosimi (he of Fela Kuti fame) and Kishon Khan (who fronts the ground-breaking, hard-to-box-in, award-winning Lokkhi Terra).

Variety is another key element of Jazz Lates. For instance, Luna Cohen, originally from Belo Horizonte, Brazil, and now relocated to London, brought a harmony-rich repertoire. One that eschewed the usual middle-of-the-road, listener-friendly, Joao Gilberto-influenced, samba-lite sound and instead gave us a more challenging proposition. All this accompanied by soulful vocals and a magnetic stage presence.

Although music is the reason for us, jazz-lovers, to flock to Ninety One Living Room, there are also other components to factor in when assessing the venue's success. One is the atmosphere. The energy in the room is electric. Most punters are united by a shared appreciation of live jazz. Especially, the type that is unpretentious and at the same time intimate. The other element that makes Ninety One a win-win option for a Friday or Saturday evening (when most gigs take place) is the food. Although admission to the space is free, if you want to eat, you need to book a table. The grub is reasonable and good. They can certainly rustle up a decent burger and chips (there are both vegetarian and vegan options) and other dishes that are equally delicious. Having been to Jazz Lates many times now, I have noticed a following that is almost of a cult nature. Ninety One Living Room has certainly racked up something of a football-like loyalty amongst jazz fans. This has helped promote the night as far and wide as possible, mainly through word of mouth.

While it is hard to deny that both Brick Lane and the surrounding area have suffered the effects of gentrification (as illustrated in the recent Akram Khan's documentary, Curry House Kid. Curry houses are closing down at an alarming rate), Jazz Lates, on the other hand, has provided a much-needed bridge between artists and their community. As I mentioned before, entrance is free and some of those performing on stage are locals, born within earshot of the Bow bells.

It is the curatorial savoir-faire of Orestes Noda (the man behind the Sambroso Sambroso Cuban-music-promoting brand) that we need to thank most of all. In conversation with the maestro recently he told me that the driving force behind whatever he did (like his Afro-Cuban-percussion-driven, Middle-Eastern-sound, electronica-powered project, Ariwo, for instance) was his curiosity. I am just a curious person, Mario, he told me, a smile beaming on his face.

That curiosity has given us performances by the likes of award-winning, musical collective, Kefaya (their name is Arabic for "enough"), Israeli-born, multifaceted and talented singer-songwriter Noga Ritter and ex-Bellowhead (remember them?) trombonist Justin Thurgur.

All photos by Nadjib Le Fleurier
Posted by A Cuban In London at 00:00