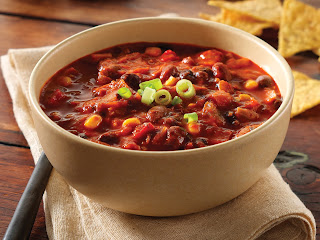 I am writing this post a day after Christmas just before one of the usual Boxing Day football fixtures. The turkey has been eaten and its remains put away in the fridge. What to do with them? There are only so many sandwiches I can make using my new pickle (a Christmas present, with the rather self-explanatory name the Green Fire, whose ingredients include Green Kenyan chillies and mint). Besides, I’m a bone man; I leave the white meat to my wife and kids. I usually go for thighs and legs. That’s why there’s a gigantic carcass looking at me from inside the fridge. Waiting to be, either disposed of, or experimented upon.

I choose the latter. Every Christmas I find myself in the same dilemma. What to do with the leftovers? I belong to the “never chuck away food” brigade. But what happens when the turkey you’ve bought is so big that it could very well pin you down to the ground and execute a half-nelson on you?

Red kidney beans soup. I just found half a packet stashed away which I’d completely forgotten about. My plan is to slice some onions, mash up some garlic, heat them up on a large pan, add paprika, salt, pepper, a couple of bay leaves, coriander, cumin, mixed herbs and oregano. Let this combo sizzle on the pan before you drop a tablespoonful of red wine vinegar in and let the smell hit you. Add some tomato puree and after a couple of minutes mix in the beans. I usually stir them and let them get acquainted with the spices. Match-making, if you like, at Christmas time. In the meantime I boil some water to get my vegetable stock ready. Once the stock is in, I ramp up the fire until the water is boiling. I let it boil nicely for a couple of minutes and then I bring the fire down to the minimum, number 1 in our case. I keep the pan going for three hours, stirring the beans every now and then and tasting them to see if they are soft enough.

For vegetarians what I tend to do is replace the turkey or any other kind of meat (in Cuba I would be using pork, beef and lamb if available) for sweet potatoes, carrots, celery and potatoes. Next time I am planning to add corn to the mix.

My personal twist for those who like their soups thick and rich is simple: the oven. Half an hour before the three hours are up, I switch the oven on to 200°. Still steaming hot, I place the pan inside the oven and leave it there for thirty or forty minutes. The liquid thickens and the result is a filling dish that will keep your hunger away on these dark winter nights.

The music to go with this recipe ought to be equally rich. That’s why my first offering tonight is a band I first heard recently as a result of an article in Songlines magazine. Lady Maisary is a new folk trio with two albums to their names and powerful vocals as the clip below shows. They are also expert musicians with a craftsmanship that belies their ages. Enjoy.

My second musical offering tonight is a bluesy melody by a band that was more often than not labelled prog-rock. Yet, those of us who are acquainted with Jethro Tull’s back catalogue know that Beggar’s Farm, the track below, was the Tull’s way of saying that this was the music they wanted to make in 1968 when their debut album was released. And the name of that record? This Was. Amazing.

Rokia Traoré is one of those singers who bring passion to any performance. That’s the same approach I have to cooking (and eating!). That’s why she is the third artist I would like to present to you tonight. Zen’s groove stays with the listener long after it finishes. Magnifico!

Lenacay is the offspring of two members of the now defunct hip hop flamenco band, Ojos de Brujo. The energy and experimentation are still there and that’s why I am closing this post with them tonight. If this musical number had a smell it would be the same smell that will be wafting out of my kitchen in a little while. Happy eating!


Next Post: “Sunday Mornings: Coffee, Reflections and Music”, to be published on Sunday 19th January at 10am (GMT)
Posted by A Cuban In London at 23:59