The first thing I notice is their heads poking above the wall. They move almost uniformly, one behind the other before disappearing down the stairs. Like plastic figures on a conveyor belt they descend en masse, the snaking, metallic, eight-coach long monster having burped them out at the station. 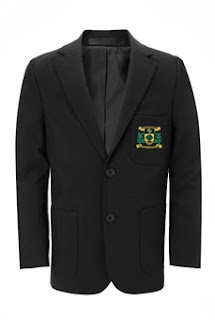 I am on my bike, stationery at the pedestrian crossing, letting parents and children with whom I am now quite familiar, cross. A few feet in front of me the crowd of black blazers and ties, and white shirts, thins out and becomes a single file walking on the pavement. Some stop at the cornershop (no more than two at a time a signs reads) whilst others take a right (and a wrong one at that) turn for a quick ciggie before lessons. The early morning mist merges with the hazy urban horizon. Cars swish their tails and toot their horns as they negotiate the narrow road under the bridge. Some of the black blazers spill onto the street making it difficult for motorists (and cyclists) to manoeuvre properly. Words are exchanged. Near-misses occur. We all compete for a space in this corner of London. I can see an adult muttering “One of these days...” One of these days adults will stop muttering “One of these days” when they realise that they were once the subject of oneofthesedaysery themselves not so long ago.

At the head of this black blazers’ column travels the Year 7 contingent. You can tell they are the new ones. Their clothes are two sizes too big, their shoes haven’t yet lost their early September shine to impromptu football matches in the local park and they haven’t adopted the sullen look that their elder counterparts sport. Their short stature contrasts with the three high-rises past which they walk. There is another reason why these temporary dwarves are easy to spot: they walk in a hurry. They seem to drag their bags on the pavement as they rush to a new but, to them at least, safe environment. I guide my bike away from the crowd of black blazers and ties, and white shirts. But only until tomorrow.

Next Post: “Sunday Mornings: Coffee, Reflections and Music”, to be published on Sunday 29th September at 10am (GMT)
Posted by A Cuban In London at 23:59