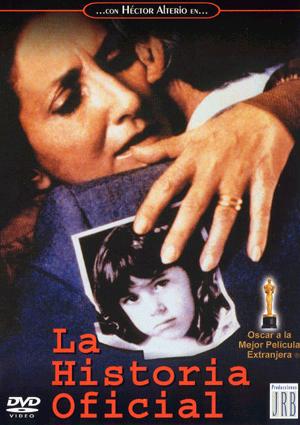 According to accounts by eyewitnesses of the Indian Ocean tsunami that devastated the coastline of eleven countries and killed hundreds of thousands of people in 2004, there was a moment of dead calm before the final strike by the waves. This interlude was characterised by an almost total withdrawal of the sea from the coast encouraging those of a curious disposition to explore the exposed beach. As we all now know this peculiar sight is misleading, for the sea will come back much stronger giving those intrepid explorers no time to escape.

It is a similar situation we come across when dictatorships are toppled and genocidal regimes come to an end. There is a moment of initial euphoria and optimism - the equivalent to the receding sea - followed by a realisation of the scale of the horror that has been inflicted on the country in question. This is akin to the onrushing, gigantic waves travelling inland at great speed.

The Argentinian dictatorship known as 'La última Junta Militar (the last Military Junta)' was one of those cases. It capitalised on the squabbling of different political factions in the wake of Perón's death and seized power in 1976. 'La Historia Oficial (The Official History' deals with the return of democracy to that South American country and the aftermath of the seven years of 'The Dirty War'. To the sight of grieving families marching in the streets of Buenos Aires demanding justice for their missing relatives, another lesser known, but not less shocking, horror was added: that of the children of these 'desaparecidos' and their consequent fate. Their offspring ended up being adopted by many of the junta-favoured families and by the 'milicos' (military) themselves.

'La Historia Oficial' deals with this issue. Alicia is a middle-class, college - high school - teacher, married to a wealthy businessman and lawyer. Because of Alicia's infecundity, she and her husband adopt a little girl (Gaby) who turns five just as the first scenes of the movie begin to unfold. On the surface, Alicia's life is a fulfilling one: she has a good paid job, her marriage is solid and she has a close circle of friends who belong to her same socioeconomic stratum. Like many of her compatriots, Alicia is unaware of the horrors visited on a large part of the population by the junta. Slowly, though, the truth starts to unveil itself and before long doubts seep in. First off, we see her holding forth with her students on the issue of up to what extent the government is trying to re-write the history of torture and rape that has just plagued their country. Next, it is her friend Ana (clip below, and please, hankies at the ready) who contributes to her 'enlightening'. Ana has just come back from exile and the revelations she confides to Alicia are very far from the rosy pink view her friend has come to embrace. Finally, it is Alicia's chance encounter with a grandmother who is trying to track her daughter's child that becomes the final nail in the coffin of her confusion. It is possibly one of the most harrowing moments in the film. Alicia realises that her husband was involved in the government's 'Dirty War' and that he also cashed in on deals made with the ruling dictatorship. He also knows the horrid story behind Gaby's adoption. Alicia presses her husband on these issues but he tells her to forget about everything and to look to the future.

Although 'La Historia Oficial' focuses on a period that affected specifically Argentina and Argentinians and which left scars that have taken many years to cure (if they ever have), the over-arching topic is universal: that of memory and forgetfulness. From South Africa to Kosovo, the world has had its fair share of dictatorships and brutal regimes. What to do when peace is achieved and democracy is ushered in? Should we prosecute the culprits? Or should we attempt to wipe the slate clean and begin anew? The film also addresses complacency and political apathy, especially in Alicia's decision to play 'See no evil/Hear no evil' whilst the cries of justice for the thousands of 'disappeared' go unheard.

The plot is strong but it is the performances that really stand out, more remarkably Norma Aleandro as Alicia Marnet de Ibáñez. In a case of life imitating art, Norma herself was exiled during the dictatorship years. Asked once about her role as Alicia, the Argentinian actress said that her character's search for the truth reflected her country embarking on the same enterprise. The chamaleonic Héctor Alterio as Roberto Ibáñez gives one of those controlled, self-composed performances that stays on your mind long after the film has finished. Especially in the closing scene when, as Alicia insists on finding their daughter's real parents, he snaps and his façade of serious businessman crumbles to the ground.

Having already seen this movie three times before I was more focused on the adoption issue this time around. Especially in the wake of reports in the Argentinian press of cases of young people whose parents were amongst the thousands killed by the junta and who have recently found out that they were handed over to military families as babies. Adoption at the best of times is a very delicate topic that has been sadly triviliased by the likes of Madonna and Brangelina (that's Brad Pitt and Angelina Jolie for you, in case you don't know your celebrity slang). At the worst of times, it is a very emotionally disturbing experience that leaves deep scars on those affected by it. Although in 'La Historia Oficial', Roberto's hands get smeared with the colour of money rather than with the hue of blood, he is still an active accesory in the military machine. And the outcome, unfortunately, can be seen today in real life, in the several dozen Argentines who are trying to trace and match their DNA to parents they never knew. A social and political tsunami, indeed.

Next Post: 'Sunday Mornings: Coffee, Reflections and Music', to be published on Sunday 20th December at 10am (GMT)
Posted by A Cuban In London at 23:59